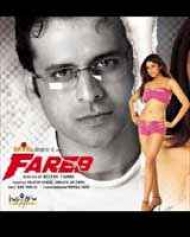 Fareb is a thriller movie, where the three central characters are Manoj Bajpai, Shilpa Shetty and Shamita Shetty. Manoj Bajpai plays the Creative Director of an Ad-Agency, Shilpa Shetty is Medical Practitioner, Manoj's wife and Shamita Shetty is a client of Manoj's Ad-Agency. Manoj is a family man who loves his wife and son a lot. Shamita falls in love with Manoj. He doesn't approve of this relationship but somehow Shamita's charms tempts him.

This creates rift between Manoj and his family. A murder takes place. Shamita's husband is killed.Manoj is arrested, as he is the prime suspect. With all this sudden development, Manoj is being watched and is black mailed for the affair he is having Shamita.