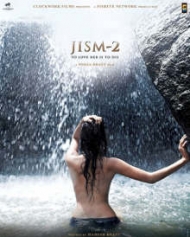 In doing so, she not only has to confront her bitter-sweet past, but is also forced to make an impossible choice - one that will put her own life in double jeopardy