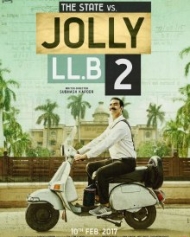 The movie is all about Jolly a struggling lawyer who has moved from Kanpur to the city of Nawabs to pursue his dream of becoming a big-time lawyer. Movie becomes more interesting once he got the chance to represent the most critical court case of his career.

The film was cleared with no cuts and has been set for a release on February 10.