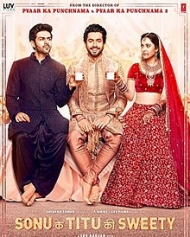 Titu's friend Sonu find something suspicious in the behaviour of Sweety and develops a doubt on her,  which leads to a conflict between both and the rest forms the plot of Sonu Ke Titu Ki Sweety.