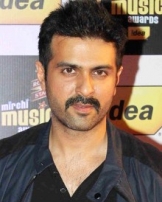 Harman Baweja is an Indian actor, film producer and entrepreneur. He debuted in Bollywood with Love Story 2050.

Harman was born in 1980. His parents are famous director Harry Baweja and producer Pammi Baweja. His debut film in Bollywood was the sci-fi Love Story 2050, which tanked at the box office, while pitted against Imran Khan's Jaane Tu Ya Jaane Na, which went to become a blockbuster.

He was born into a Jatt-Sikh family. He received his education in Mumbai, starting with Jamnabai Narsee School.

He finished his education as a student at Kishore Namit Kapoor's Acting Institute, which helped him understand the details of acting and dance.