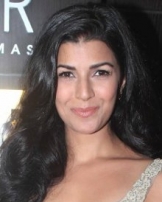 Nimrat Kaur is an Indian film and stage actress, born in Pilani, Rajasthan. She has a younger sister, Rubina Singh.

She started her career as a print model, Nimrat moved to doing theater with directors Sunil Shanbag and Manav Kaul in Mumbai. She has been part of plays like Baghdad Wedding (2012), All About Women and Red Sparrow.

Her Cannes' first was with Anurag Kashyap's production Peddlers in 2012, followed by The Lunchbox with Irrfan Khan, which was screen at 2013 Cannes Film Festival.