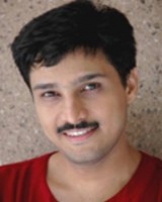 Rajesh Krishnan is one of the most accomplished playback singers in the Southern industry. He predominantly sings for the Kannada film industry and is also very well known for his character in the movie Gaalipata.

He has sung in over 5000 songs in Kannada, 500 super hits in Telugu, 250 plus in Tamil and Hindi. And in about 15 languages for projects like devotional albums, theme albums and commercials in a career spanning over 18 years.

The king of melodies boasts of kind looks, talent, stamina, etc. Still, Rajesh has remained grounded over the years. What makes Rajesh more unique is the fact that all of his accomplishments and his rewards have not altered his sensitivity.

His first song in Telugu, ‘YetuveLLi poyindi manasu’ from Ninne PeLLaduta starring Nagarjuna and Tabu fetched him the very prestigious state award of Andhra Pradesh, Nandi Award. Back home, he has won the Karnataka State award for the best male playback singer in the years 1999, 2000, 2002, etc.

Rajesh Krishnan made his debut as an actor in Telugu and then acted in Kannada movies like Santosha and Gaalipata, which also starred "Comedy Star" Ganesh and Diganth, which was the biggest hit in the year 2008 and for which he was even nominated for the Filmfare award for the best supporting actor's role.

Rajesh has sung for the commercial albums like 'Aadu mathu', 'Anu Bandha' , 'Love - An Album By Suri' , 'Usire Nanusire' and Popular Remix albums and albums based on bhaavgeete such as 'Aakashada Neeliyalli', 'O Nanna Chetana – Kuvempu', 'Shravanada Siri Baralide - Da Ra Bendre'. He has also performed in the US, South East Asia and at several concerts across India.

Rajesh has also modelled for commercials and a couple of brands. He is one of the judges in "Sa Re Ga Ma Pa - Little Champs".