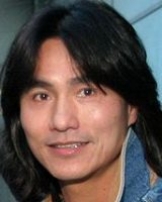 Biography - Early life:
Shou was born in Hong Kong, the fourth son of a Shanghai tailor and a homemaker. His family moved to the United States in 1971. Their first home in Los Angeles was a 2-bedroom apartment near Olympic and Vermont, now known as Koreatown.Shou attended high school at Fremont High School in South Central, Los Angeles.

Shou did not start attending martial arts classes until he was 19. He studied Kenpo (Karate) while attending California State University, Los Angeles. He soon realized that Karate did nothing for him so he decided to quit. A year and a half later, he saw a demonstration by a group of Wu Shu practitioners from Beijing. He is purported to have said, "This is Chinese!"He was so inspired to train in this discipline that in 1981, just before starting his senior year at California State University, he sold his car and used the money to spend a quarter studying Wu Shu in China. His parents did not know his true whereabouts until his aunt wrote Robin's mother telling her that her son was in Nanjing.

Shou returned to California State University, Los Angeles and obtained his B.S. in civil engineering. He spent a year and a half in this field and he was convinced he needed a different career. He found computers and electronics boring. He was always trying to follow the ideal; finishing school, getting a job, getting married. He was unhappy and the only thing that kept him going was martial arts. He soon took off to Hong Kong on vacation. Soon after his arrival, he was offered a chance to appear in a movie as a stuntman. He was offered job after job, and for his first two years in Hong Kong, he played bit parts in action films. He lived in a little Kowloon rooftop apartment for $250 a month.

When Shou is not making films he takes ceramic classes, paints, welds and does woodworking. He also spends countless hours perfecting his God-like hair style, which is said to have mystical powers. Some have wondered about the ability of his voluminous hair to defy gravity, but Robin has yet to comment on these speculations.

Film career:
Shou's first real dramatic role was in Forbidden Nights in 1990, with Melissa Gilbert. Though only a TV film, this was his American debut. However, Shou went back to Hong Kong and continued making movies there. By this time, he was more choosy about the roles he would play. He wanted other roles besides that of a bodyguard or a stuntman. He began turning down roles, and after nine years, he was bored and ready to quit acting until his friend Hulk Hogan convinced him otherwise.

In 1994, Shou returned to Los Angeles to start an import/export business. Then he got the call from his agent, ranting about a "perfect role" for him in a movie called Mortal Kombat. Robin was uninterested, assuming he would be playing a villain who gets killed in the end rather than the protagonist, Liu Kang, a monk warrior seeking revenge for the death of his younger brother. His agent begged him to audition, and he did; seven auditions later, he was cast as Liu Kang, after replacing Jason Scott Lee. Shou also appears in a minor role in another fighting video game adaptation, DOA: Dead or Alive, based on Tecmo's video game series of the same name, produced by Mortal Kombat director Paul W. S. Anderson and producer Jeremy Bolt. His newest role was Gen in 2009's Street Fighter: The Legend of Chun-Li. Shou trained Milla Jovovich for her role in Resident Evil.