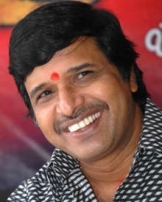 S Narayan is a Kannada actor, director, writer, producer and music composer. He started his career as a director with the romantic flick Chaitrada Premanjali. The film was a hit, and S Narayan went on to deliver several more hits such as Suryavamsha, Chandra Chakori, etc. He is now considered as one of the top directors in Kannada.

He has also tried his hand at almost every branch of film-making, most noticeably as an actor. He also launched his son as a lead actor.

S Narayan made his film debut as a director in 1992. His first film, Chaitrada Premanjali, a romance with a fresh cast, went on to be a hit. S Narayan has since then consistently delivered hits, and he usually has at least one release a year. In 1993, S Narayan worked with Raghavendra Rajkumar for the film Anuraagada Alegalu, the first of the Rajkumar siblings to have worked with Narayan.

He directed himself in 1994, in the film Megha Maale, where he played a supporting role, it was the first of the films Narayan acted in. He also directed himself in hits such as Taayi Kotta Seere and Bhama Satyabhama. He joined forces with Dr Vishnuvardhan and in 1999, delivered two hits with Vishnu - Veerappa Nayaka and Suryavamsha.

The following year, he directed Dr Rajkumar in what would be his last film - Shabdavedhi. The film was a success. The same year, he directed Shiv Rajkumar in Galate Aliyandru, which also turned out to be a hit. Narayan directed two more films with Dr Vishnu - Jameendaarru and Simhadriya Simha - both of which were well received by the audience.

Narayan continued his winning streak with the comedy Pakka Chukka and the romance Chandra Chakori. Chandra Chakori was the actor Murali's first film and his biggest hit. The film was also critically acclaimed. He worked with Puneet Rajkumar in the 2004 film Maurya, which was also well received.

In 2006, he introduced his son Pankaaj in the film Veeru as a child artiste. The film did not do well. His other films of the time, Varsha and Sirivanta with Dr Vishnu and Sevanti Sevanti with Vijay Raghavendra were accepted by the audience. The following year, Narayan made more news for reasons other than his films.

He got into trouble with various NGOs and committees when he opted to remake the film Kaadal. Cheluvina Chittara dealt with the story of an under-aged girl falling in love with a man many years her senior and Narayan chose Amoolya, a real-life high school student to play the part. The film was cleared easily by the censor board and was a major hit, inviting criticism on everyone involved.

The same year, Narayan fell out with actor Vijay over a dubbing issue for the movie Chanda, and caused a year long ban to be imposed on Vijay. The issue was sorted out with the intervention of veteran actor Ambarish but resulted in the actor vowing to never work with Narayan again.

In 2008, Narayan made the film Chaitrada Chandrama and cast son Pankaaj, this time as a lead actor opposite Cheluvina Chittara heroine Amoolya. The film crashed at the box office and was critically slammed. Narayan returned to direction with Chellidharu Sampigeya with Prashant and Bianca Desai.

S Narayan took on supporting roles in the beginning - with self-directed films like Megha Maale and Kaveri Teeradalli. He took on the lead role for the first time in the HN Shankar film Oho. He later directed himself in lead roles in films like Taayi Kotta Seere and Bhama Satyabhama. In Bhama he had a comic role, which went down extremely well with the audience.

He continued his comic performances with the highly successful Kurigalu, Kothigalu and Kattegalu series of films. Narayan teamed up with friend Jaggesh for the first time in Honeymoon Express and later did Chickpete Sachagalu with him. Both films did average business.

S Narayan is a highly successful Tele-serial maker, with names like Sumati, Bhageerati and Ambika to his credit. He also writes the story, screenplay, dialogues for his films, along with the lyrics. Narayan has also composed the music for his films like Chanda and Chaitrada Chandrama.

S Narayan has worked with Dr Vishnuvardhan six times, all the six films have been average to super hits. He has also worked with heroines Shruti, Prema and Anu Prabhakar many times.