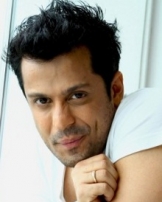 Vikram Singh is an Indian film actor, working for various Hindi films and is popularly known as Locovicky among his fans.

He was born at Jamshedpur, Jharkhand and belongs to a Punjabi family (Shri. Manjeet K Singh and Smt. Rita Kumar). Though Vikram Singh was involved in to his father's business, his passion and aim in life was to become an actor.

Vikram Singh "Locovicky" completed his schooling in Yadvindra Public School, at Chandigarh and completed his Bachelor of Arts (BA) degree from Delhi University.

He started his acting career, from the movie called Mumbai Godfather (2005), which was directed by Deepak Balraj Vij.