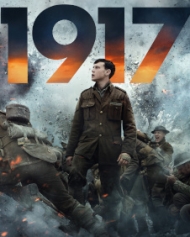 Plot: 1917 follows the story of two young British soldiers during World War I, who are given a mission to deliver a crucial message. It warns of an ambush during a skirmish, soon after the German retreat to the Hindenburg Line during Operation Alberich in 1917.