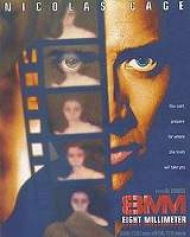 With the help of the streetwise Max, Welles relentlessly follows a bizarre trail of evidence to determine the fate of a complete stranger. As his work turns into obsession, he drifts farther and farther away from his wife, family and simple life as a small-town private eye.

Tom Welles, private eye, is hired by a wealthy widow, whose well-known husband passed away recently. She has found a reel of S8-film in a safe. On the film is a cruel slaughtering of a young girl, who obviously does not pretend or act: A snuff-movie.

Welles takes up investigation, which leads him to the girl's...