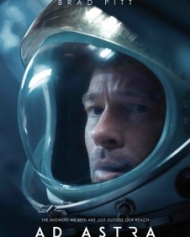 Ad Astra is an American science fiction film starring Brad Pitt in the lead role. James Gray has directed as well as co-produced this movie. Gray has tried to feature the most realistic depiction of space travel in this movie. 20th Century Fox will distribute this movie, which is slated to hit the screen on September 20, 2019.

Brad Pitt plays the character of Astronaut Roy McBride. Roy travels to the outer edges of the solar system to find his missing father. But he unravels a mystery that poses a threat to the survival of humans on Earth.  His journey will discover all secrets that challenge the nature of our very existence on this Earth and what's our place in cosmos?