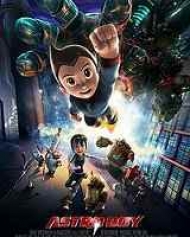 An origin story set in futuristic Metro City, Astro Boy (Freddie Highmore) is about a young robot with incredible powers created by a brilliant scientist, Dr. Tenma (Nicolas Cage), in the image of the son he had lost.

Unable to fulfill the grieving man's expectations, our hero embarks on a journey in search of acceptance, becoming part of a group of rowdy kids led by a girl named Cora (Kristen Bell), and experiencing betrayal and a netherworld of robot gladiators led by the greedy ring master, Ham Egg (Nathan Lane), before he returns to save Metro City and reconcile with the father who had rejected him.