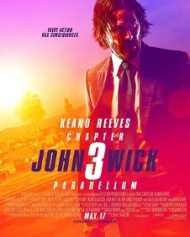 The much-famed hitman John Wick is on the run for his life after he kills a member of the International Assassin's Guild on Continental Grounds. With $14 million dollars price on his head, he becomes the prime object of the world's top assassins. The film portrays the survival struggle of John.