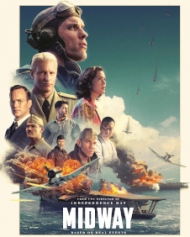 The Battle of Midway is a turning point in the Pacific Theatre of World War II. This film gives the glimpse of US  Navy sailors and aviators who sustained this battle during  The US and Japan fight for Pacific Island supremecy.