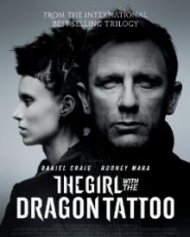 The Girl With The Dragon Tattoo

He picks up a job offered by industrialist Henrik Vanger (Christopher Plummer), who not only offers him good money, but also gives him the chance to take revenge against the tycoon.

Blomkvist was earlier told that he had to write Vanger's memoir, but soon he realises that he has been hired to solve the four-decade-old disappearance of Vanger's teenage niece (Lisbeth Salander).

Fincher makes sure that the suspense builds with every sequence as Bloomkvist and his young co-worker dig deeper into the...