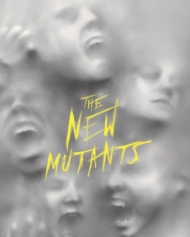 The movie plot revolves around five young mutants with special abilities held in a secret facility. They try to escape their past sins and save themselves.