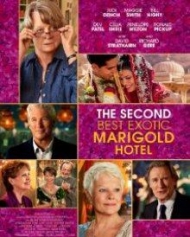 The first trailer was released on 7 August 2014, with a new title "The Second Best Exotic Marigold Hotel" announced. The film will be released in the United Kingdom on 27 February 2015.