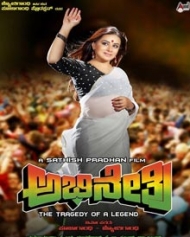 The film which was set to release on June 6, was delayed after a complaint was filed at a local court in Bangalore by novelist, Bhagya Krishnamurthy. She alleged that the film was based on a serialised novel Abhinetriya Antaranaga, written by her for the weekly Kannada magazine Mangala, in 2003. The producer and lead actress of the film, Pooja Gandhi commented saying, "There is no similarity between my film and the novel. The team hadn’t heard of the novel until the case was filed.