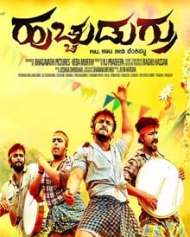 As the title says, the movie is the story of youth, who will be called as Huchuduagaru (mischievous, naughty, stubborn attitude boys) in their town in Nanjangood near Mysore city.

The four youths Shiva - (Chetan Chandra), Madesha (Amith), Shankara (Prathap) and Nanjunda (Dev) will lack in their decision making for which they will face many problems in their life is Huchudugaru all about.

What are the incidence, which will make them to lock horns with antagonist Maari Gowda aka Maari (Ravishankar) will forms the crux of the story.