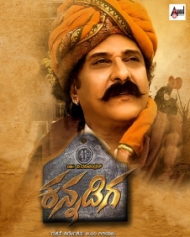 Kannadiga is a drama entertainer movie directed by B.M.Giriraj. The movie casts Dr.V. Ravichandran, Pavana, Jeevika are in the lead roles along with Jagadish Mythri, Balaji Manohar, Achyuth Kumar, Gurudutt are seen in supporting roles. The music was composed by Ravi Basrur while cinematography was done by G.S.V.Seetharam and it is edited by Arjun Kittu. The film is produced by N.S.Rajkumar under Omkaar Movies banner.
Release
Kannadiga releasing directly on OTT platform ZEE5 Kannada on December 17, 2021.