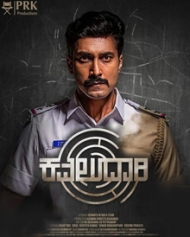 The film revolves around two cops, who work together to resolve a three-decade-old crime mystery. The film begins with a murder scene which dates back to 1970s.

The story later shifts to the present time, which showcases the protagonist, a traffic cop who is trying to get a transfer to the crime department. Just when he realises there's no hope, he comes across an unresolved crime case. The crime investigator in him is awakened and he decides to solve the mystery.