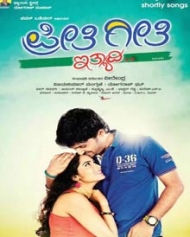 Pawan Wadeyar (Pawan Wadeyar) will be responsible for the death of a poor man, who happens to be the father of Nandu (Sangeetha Bhat). Pawan, who learns the pathetic condition of poor man's family gets conscious and upset about the sin committed by him.

In the course of the film he falls in love with Nandu and wishes to support the poor man's family without revealing the truth. What happens next? Will Pawan reveal his identity to Nandu's family? Forms the crux of the story, which should be...