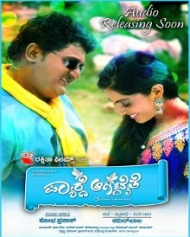 U/A | Romance
Release Date : 05 Sep 2013
Cast : Komal Kumar, Prarthana
Director : Kevin Bala
Synopsis
Pyarge Aagbittaite movie is remake of  Marathi movie Mumbai Pune Mumbai. Komal Kumar and Prarthana in the lead role. It is a love story on a journey.
The movie is revolves around only two characters and however director Kevin Bala who is directing the Kannada version of the movie he has made a lot of changes in the script and has included many more characters to suit the nativity here.
Pyarge Aagbittaite movie launched on May 14th and was finished in Bangalore and Mysore in 30 days schedule. Even the audio of the movie was released by Ambarish in July.