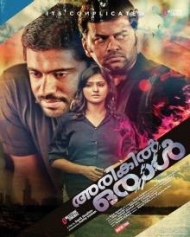 When he reaches Kochi as part of a transfer from his compony, and then there siddique acquaints Ichcha(Nivin Pauly) and decides to share accomadation with him. The film also casts Prathap Pothan, Dharmajan Bolgatty, Lena, and Sreeja Ashab in important roles.