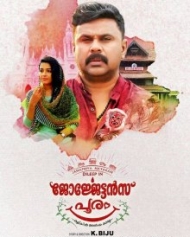 U | Comedy
Release Date : 01 Apr 2017
Cast : Dileep, Rajisha Vijayan
Director : Biju Arookkutty
Synopsis
Georgettan's Pooram starring Dileep will be an out-and-out comedy entertainer from the director  Biju Arookkutty.
Georgettan's Pooram narrates the story of George Vadakkan, who is the son of a pastor. George, who is a native of Thrissur district spends time with his group of friends, doing nothing special. They spend most of their time in a place called 'Mathai Ground'. But, things take a change with the arrival of Peter. What happens rest has been conveyed in Georgettan's Pooram.