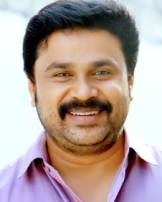 Dileep is a Malayalam film actor. He is one of the reigning superstars in Malayalam cinema. He worked as an assistant to director Kamal and has also produced a few films. Dileep, who began his career as a mimicry artist, excels in films, particularly of the comedy genre, though there is criticism from certain quarters that he is being stereotyped in comic roles. He has also handled serious roles in films such as Dhosth, The Don, and Lion.

Dileep was born on 27 October 1969 in Desom, Aluva, Ernakulam. His original name is Gopalakrishnan. He studied in Vidyadhiraja Vidya Bhavan high school, then joined Aluva U.C. College, and then moved to Maharajas College, Ernakulam. His talent for acting was not known in school and college, where he rarely won any accolades or merits.

Gopalakrishan was an average student. During 1985–1987, he tried to perform as a mimicry artist in UC College but was not successful. On joining Maharajas College for B.A. Economics in 1989, Gopalakrisnan started to take mimicry seriously. Mimicry was only getting its roots in Kerala and it had a bright future. When Dileep finished his studies with M.A. History, he decided to choose Arts as his profession.

Dileep started his career in a troupe called Kalabhavan, working as a mimicry artist. Later, he got a chance to be the assistant director to director Kamal. While being an assistant director, Dileep did some small roles, debuting with just a small scene in Ennodu Ishtam Koodaamo (1992). He was then brought up by actor Jayaram. He recommended his name to many directors. The film Manathe Kottaram (1994) gave him his first break as the hero.

The film Sallapam (1996) was a turning point in his career, where he graduated to serious roles. He entered the Malayalam filmdom through Sallapam. With the film becoming a hit, Dileep proved that he has come to stay in the industry for long. His debut film earned him the name of a good comedy actor. By the time Punjabi House, a Rafi-Mecartin film hit the theatres, Dileep had already done good homework on his part with some numbers good enough to capture the hearts of his well-wishers as well as detractors.

His comic timing and dialogue delivery in films like Thenkasipattanam, Kalyana Sougandhikam (1996), Punjabi House (1998) and Ee Parakkum Thalika (2001) made him very popular among the Malayali audience. He rose to stardom with later films like Joker and Meesha Madhavan. His following films such as Kunjikoonan, Kalyanaraman, CID Moosa, etc., were super-hits in the Malayalam film industry.

He is known by critics to have brought about the rise of "Slapstick comedy" in Malayalam cinema, which till then was known to be "realistic" and effective.

Dileep ventured out of his comedy track sometimes and got critically acclaimed. His role in the offbeat film Kadhavaseshan (2004) was well appreciated. His role as a transvestite man from the family of fishermen in Chanthupottu (2005) won him many accolades, including special jury award of the Kerala State Film Awards.

His first film with the acclaimed director Sathyan Anthikkad, titled Vinodayathra, was released in April 2007. It is one of the appreciated Malayalam movie hits of the year 2007.

On 10th July 2017 evening, police registered his arrest by imposing IPC Section 120(B) for Criminal Conspiracy.