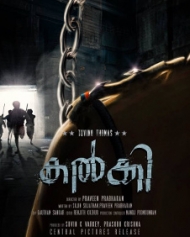 Nanjankotta village is ruled by Amarnath (Shivajith), the leader of a political party named DYP, and his brother Appu (Vini Viswalal). The cops of the Janamaithri police station of that area are unable to do their duties peacefully, due to the constant interference from the DYP members. However, things change after the Sub Inspector of Nanjankotta police station commits suicide, and another police officer named 'K' (Tovino Thomas) takes charge.