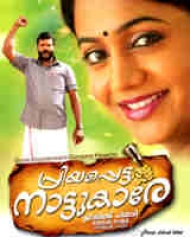 In this film Kalabhavan Mani would don the role of Dasan, a local Communist leader, who considers the party dictum as sacred. It creates severe confusion in his life, when he realizes that a few principles of the pary are not suitable to the small village in which he lives. T K Santhosh would script the film. The movie produced under the banner Grammy Entertainment.