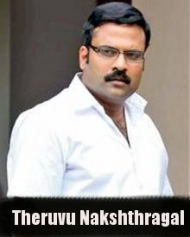 The fims tells about the story of a child escapes from begging mafia and reaches orphanage and he became a district collector, who help the society.

Theruvu Nakshthragal is directed by Jose Maveily. The story and script of the film is written by Beema Pally A.M.Ali,the music direction of the film is carried out by DR C.V.Ranjith.