The Priest, the Mammootty starring horror-thriller had a grand release on March 11, Thursday. The Jofin T Chacko directorial hit the theatres as the biggest Malayalam release post the novel coronavirus pandemic outbreak. As per the latest updates from the trade experts, The Priest has had a tremendous opening at the box office.

If the reports are to be believed, the Mammootty starrer has made a box office collection of over Rs. 3 Crore on its releasing day. Thus, The Priest has emerged as one of the highest day 1 grosses in the career of the megastar. Interestingly, the horror-thriller has garnered Rs. 4.54 Lakh from the Trivandrum Aries Plex theatre alone, with a total number of 16 shows on day 1.

Also Read: The Priest Movie Review: This Mammootty Starrer Is A Riveting Thriller That Stays True To Its Genre!

As expected, The Priest has brought back the Malayalam cinema audiences to the theatres after the long break. Even though the 50 percent occupancy policy is being strictly followed by the theatres, the Mammootty starrer enjoyed full house shows in almost every releasing center across Kerala. Interestingly, some theatres have garnered special permission to add a special show, considering the huge audience rush.

Reportedly, The Priest has been enjoying an equally spectacular rush at all the major overseas centers including UAE, Saudi Arabia, Australia, Singapore, and so on. However, the horror thriller is yet to get released in the other major Indian cities. As per the reports, the Mammootty starrer is slated to get an all-India release by next week.

Mammootty has played the titular character in The Priest, which revolves around Fr. Benedict and a child named Ameya who enters his life. Popular child artist Baby Monica has played the role of Ameya in the movie, which features Manju Warrier, Nikhila Vimal, Saniya Iyappan, Ramesh Pisharody, and so on in the other pivotal roles. 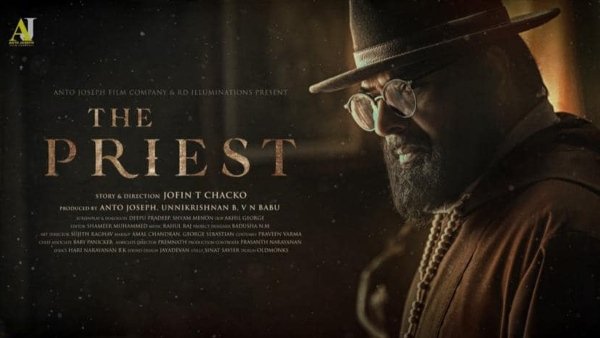