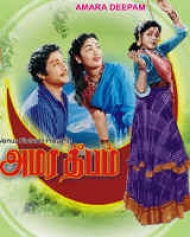 Aruna is taken hostage by her husband to be Sukumar (M.N. Nambiar), and while Ashok trails them to save Aruna, Ashok loses his memory in an accident. Ashok Meets Roopa (Padmini) and they begin to like each other. Sometime later Aruna comes back and as Ashok fails to recognize Aruna things look complicated.

The rest of the film deals with how Ashok struggles with his memory and how both Aruna and Roopa try to win him over. The Udhavi Thayaripalar(Co-Producer)-- L.S.Mani