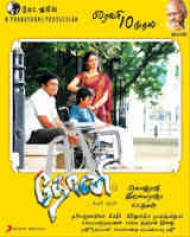 Dhoni is based on a child’s aspiration to become like famous cricketer Mahendra Singh Dhoni. It is the second directorial venture by Prakashraj, who debuted as director with Naanu Nanna Kanasu (Kannada), remake of the Tamil super hit Abhiyum Naanum.