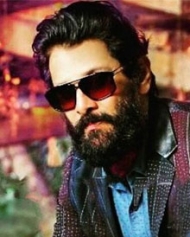 Garuda is a Tamil movie direction by 'Naan Sigappu Manithan' fame Thiru. The movie has Chiyaan Vikram and Kajal Aggarwal in the lead roles.
When Garuda was signed, director Thiru announced the film on his Twitter page. The film is said to be an action thriller and will reportedly wrap up shoot in 60 days flat.
The film is being produced by Silverline Film Factory and music composer Girinandh is making his debut with this film.
Kajal was also supposed to star in Iru Mugan with Vikram but was later replaced by Nayanthara.