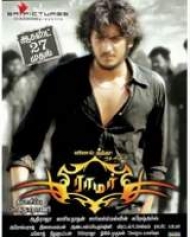 Drama
Release Date : 27 Aug 2010
Cast : Vinay Dutta, Anumol
Director : Adhiraja
Synopsis
Ramar is a triangular love story between two friends and a girl and the differences between the three that arise due to fidelity. Ramar with a slew of newcomers, a fast, action packed movie. Almost everyone, including the director, is making their debut in this movie which has some mind-blowing action sequences.

A quick look at the trailer reveals the risky action sequences and the fast pace of the movie. It is also known that the entire movie has been shot in Cuddalore.