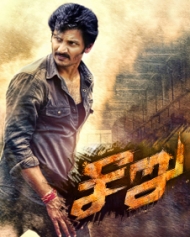 U/A | 2 hrs 4 mins | Action Drama
Release Date : 07 Feb 2020
Cast : Jeeva, Navdeep
Director : Rathina Siva
Synopsis
Seeru is a Tamil action thriller movie written and directed by Rathina Shiva. The movie stars Jiiva, Riya Suman in her Tamil debut in the lead roles, and Navdeep plays the role of antagonist, with Sathish in a supportive role. The movie is produced by Ishari K. Ganesh under his production studio Vels Film International. D. Imman composes music for the movie. The cinematography and editing were handled by Prasanna Kumar and Lawrence Kishore respectively.