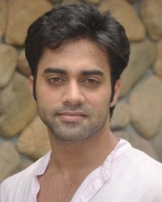 Navdeep (Navdeep Pallapolu) is a regional Indian actor. Like other prominent actors in India, Navdeep has appeared in both Tamil and Telugu films in his short career, appearing in diverse roles.

Navdeep's first major film appearance was in 2004 Telugu romantic film, Jaii, in which he played an Indian boxer fighting against Laskar-E-Taiba terrorists. In the 2005 Tamil blockbuster Arinthum Ariyamalum, he portrayed the son of the don, Prakash Raj, who was estranged from his father. He has starred in many regional films, including Arya 2 alongside Allu Arjun.

He started his career in Tollywood with Jaii, followed by several Telugu and Tamil movies.