Netflix's Sacred Games, which is based on Vikram Chandra's 2006 novel of the same name, is one of the most-watched web series. The makers of the show are coming up with the second season, which is all set to hit the digital platform this Independence day, i.e., tomorrow (August 15). While the audiences are eagerly waiting for the show, Netflix has revealed when the show will go live!

Netflix shared a note, "Sacred Games will go live at 12 AM tonight. Matlab neend ka balidaan dena hoga," and captioned, "Sacrifices will be made" and "12 baje sabke 12 bajenge." - (sic). As soon as the video-streaming platform shared the news, fans got super excited.

While a few fans said that they are ready for the sacrifice, some opined that they need to sleep now to stay awake at night! Many issued a veiled warning to Netflix to ensure that the site doesn't crash, so that they might enjoy the eagerly-awaited second season.

Take A Look At A Few Hilarious Comments:

The makers have been sharing a few promos that gave us hints of what we might expect from the show. Apart from Guruji's character, which is going to be huge this season, a few other new additions in the show will keep the viewers engaged.

There are many mysteries that need to be resolved - like why Gaitonde killed Jojo, why did Jojo fool Gaitonde, why he killed himself, what's going to happen to Bombay in 25 days, what's Guruji's role in all these and much more! Well, we hope, our unanswered questions will now be answered. 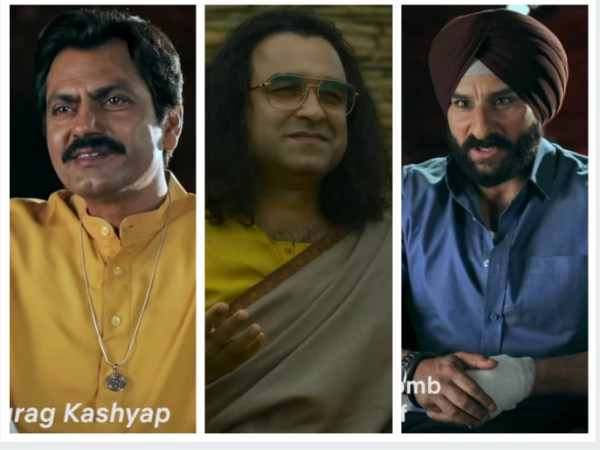