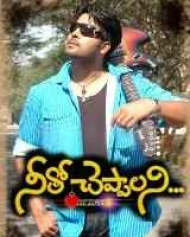 Romance
Release Date : 08 Mar 2002
Cast : Jai Akash, Anupriya
Director : Satyanaidu B
Synopsis
Netho Cheppalani is a triangular love story in which, Balu (Akash) is a sincere and hardworking student who is just graduated from college.

He meets a junior girl Aishwarya (Anu Priya) in his college at the time of graduation. Both of them like each other. But due to shyness, they don't express their feelings.

Meanwhile, Balu parents force him to get married soon. Balu was not sure if Aishwarya loves him and he doesn't want to take any chances of losing her friendship by expressing his love. He wants to go for a love marriage.

Rest of the story is about how he married Aishwarya.