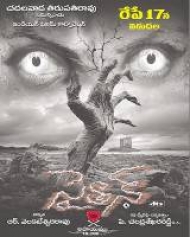 The story revolves around three characters, Santosh Samrat, Aakarsha and Kusum Arora, Santhosh is a taxi driver, he loves his sister-in-law (Kusum Arora) and their parents decide to do marriage for them but after few instants some local goons kidnapped Kusam and kills her, Rest of the story deals with how Kusam taken revange on them after becoming ghost.