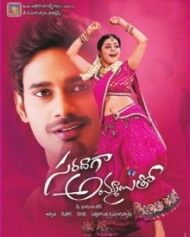 Saradaga Ammayitho is a romantic entertainer in which, Varun Sandesh and Nisha Aggarwal are playing the main lead roles. The story is all about a young guy who loves to flirt with every girl he meets and every thing changes when he meets Nisha Aggarwal.