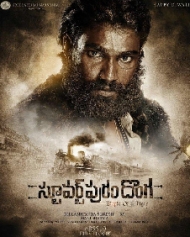 Stuartpuram Donga is a crime thriller movie directed by KS. The movie casts Bellamkonda Sreenivas in the lead role. The Music composed by Mani Sharma while cinematography done by Shyam K Naidu and it is edited by Thammiraju. The film is produced by Bellamkonda Suresh under Sree Lakshmi Narsimha Producrions banner.
Stuartpuram Donga story deals with the Biopic of TIGER set in 1970.