A few days ago, Urvashi Rautela was in the news for reportedly being considered to portray Goddess Sita in Prabhas-starrer Adipurush, directed by Tanhaji: The Unsung Warrior fame Om Raut. However, the makers of Adipurush refuted all the reports and confirmed that they have not offered any role to her.

Amidst all, the Bollywood actress is again in the news for recently posting her sensuous dance video for her first Telugu film, Black Rose. Notably, while sharing the video, Urvashi Rautela called Stylish Star Allu Arjun her 'inspiration'. She captioned the video as, "When i act like lady @alluarjun (my inspiration) #AlluArjun. Presenting you my South Indian Dance Style for my film #BlackRose!!!! #love #UrvashiRautela #Dance."

In the video, Urvashi can be seen showing her solid dance moves with grace. She is indeed looking sensuous in a red glittery thigh slit outfit. After seeing her dance, only Allu Arjun fans can figure out whether she is dancing like their favourite star or not. For the unversed, rumours were floating on the internet that Urvashi Rautela might shake a leg with Allu Arjun in his next Pushpa, directed by Sukumar. However, the makers have not yet confirmed the same.

Talking about Urvashi Rautela, her first Telugu film, Black Rose is being helmed by Mohan Bharadwaj and produced by Srinivasaa Chhitturi. Created by Sampath Nandi, the Great Grand Masti actress' next will be released in Hindi and Telugu. The makers have already released the first look poster of Black Rose on social media. 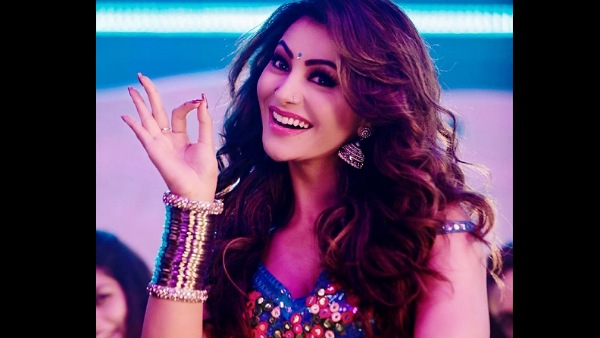