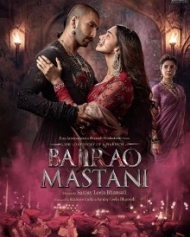 Bajirao Mastani Hindi period romance film, based on the love story between Maratha Peshwa Baji Rao I and his second wife Mastani.

Ranveer Singh plays the character of  Baji Rao I - a warrior and the second Peshwa of the Maratha Empire, from 1720 until his death. Where Deepika Padukone as Mastani, second wife of Baji Rao and Priyanka Chopra as Kashibai, first wife of Baji Rao.

Casting
The film was first announced in 2003. Sanjay Leela Bhansali initially wanted to cast Salman Khan and Aishwarya Rai for the titular roles, but could not cast them together after their highly publicised break-up.