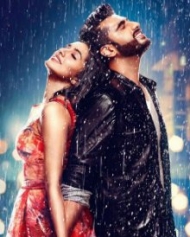 Half Girlfriend is a Bollywood romantic drama movie, based on the novel of the same name written by Chetan Bhagat. The movie stars Arjun Kapoor and Shraddha Kapoor in the lead roles.


The movie is all about Madhav who falls in love with Riya on first seeing her. Eventually, the couple fall in love. How this relation affects their future forms the plot of Half Girlfriend.

As per the latest reports,...