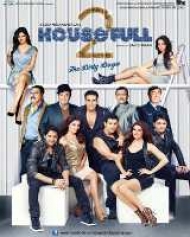 Each character is flawed, unscrupulous and extremely entertaining. The good news for the audience is that none of these people can stand each other and all of them are under one roof, in one house as the first half of the title suggests – Housefull.