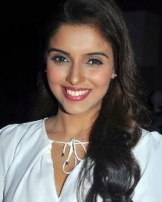 Asin Thottumkal is an award-winning Indian film actress from the state of Kerala. Currently , she is considered to be one of the most popular actresses in the South Indian film industry with three Southern Filmfare Awards in her kitty.

Making her acting debut in Sathyan Anthikkad's Narendra Makan Jayakanthan Vaka (2001), Asin had her first commercial success with Amma Nanna O Tamila Ammayi in 2003, and won a Filmfare Award for the Best Telugu Actress for the film.

After a number of critically and commercially successful films, she received her second South Filmfare Award for Best Actress for her performance in her second Tamil film, Ghajini (2005). She played the lead female roles in two consecutive top grossers, Ghajini (2005) which is her biggest commercial success to date, and the action comedy Varalaru (2006) and this way has established herself as one of the most prominent leading actresses of South Indian cinema.

More recently, Asin has been making a debut in Bollywood, in Ghajini, the remake of its Tamil namesake. She has also reportedly been paid a hefty sum of Rs. 1.5 Crore for her second Bollywood Venture, London Dreams.

She started her schooling in Naval Public School, Kochin. She is an only child to her parents – her father being a businessman and her mother a surgeon. She has completed her B.A. English Literature at St. Teresa's College, Kochi.

She has shifted from her home town Kochi to Chennai, where she stays on Harrington Road. She has also bought an apartment at Lokhandwala in Mumbai for her convenience as a base in the city when she is there, as she is slowly but steadily foraying into Bollywood. Before becoming an actress, she was a part-time model and a businesswoman.

Asin Thottumkal debuted in a supporting role in Sathyan Anthikkad's unsuccessful Malayalam film Narendran Makan Jayakanthan Vaka in 2001, at the age of 15. After taking a year out to pursue her education, Asin returned with her breakthrough film as an actress, Amma Nanna O Tamila Ammayi opposite Ravi Teja, portraying a Tamil girl in her first Telugu language film, which subsequently fetched her the Telugu Filmfare Award for Best Actress.

In the same year she won the Santosham Best Actress Award for her performance alongside Nagarjuna in her second Telugu film, Shivamani. Her following two Telugu films, Lakshmi Narasimha and Gharshana, both portrayed Asin as the love interest for police officers, giving her two more solid hit films, cementing her place as a leading actress in the Telugu film industry.

Asin's first Tamil language film was M. Kumaran son of Mahalakshmi, in which she co-starred with Jayam Ravi. Asin reprised her role from her film Amma Nanna O Tamila Ammayi for the remake, which saw her portraying a Malayali girl instead of the Tamil girl in the original.

The movie subsequently went on to become one of the biggest hits in Tamil cinema during 2004, introducing Asin to Tamil film industry. After a brief return to Telugu films, to do Chakram, her first failure as a senior artiste, she appeared in Ullam Ketkumae.

The film, initially launched in 2002, was originally meant to be the launch for Asin as a lead actress, alongwith then-debutants Arya and Pooja Umashankar. The college love story, directed by Jeeva, was long-delayed but eventually became a successful venture at the box-office, creating wider opportunities for her and the rest of the lead cast.

After the release of Ullam Ketkumae, Asin became publicized as a leading heroine after signing films with the four leading actors of the Tamil industry: Surya, Vikram, Vijay and Ajith in Ghajini, Majaa, Sivakasi and Varalaru respectively.

The venture which provided the breakthrough for Asin to become the leading South Indian actress was her Tamil film, Ghajini. The film, co-starring Surya and Nayantara and directed by A. R. Murugadoss, helped Asin secure the Tamil Filmfare Award for Best Actress.

Her role, that of a vivacious young model called Kalpana who dies, became a trendsetter and was parodied in several other films after the release of Ghajini. Her portrayal as "magical" and that "Kalpana was the lovable chatterbox, [with] sheer ability in the romantic interludes, the poignant and heartfelt scenes when she rescues minor girls from villains and her gory end are touching".

The reviewer further went on to mention that "The chemistry between the lead pair in the first half is a delight", a view that became common among film producers who attempted to put their pair opposite each other for the films, Sillunu Oru Kaadhal and Vaaranam Aayiram, both of which started without Asin.

The following Diwali in 2005, Asin had two big releases in Sivakasi and Majaa. Despite the latter becoming an average grosser, the former also went on to be a successful venture at the box office, despite Asin's poorly etched out role.

The following year, Asin opted for a less hectic schedule, becoming more choosy with her roles, rejecting several opportunities in the process. Her long-delayed venture, Varalaru opposite Ajith Kumar, became the biggest blockbuster of 2006 in Tamil cinema, after releasing for Diwali 2006. The film's hero-centric plot retreated Asin to the sidelines, but her role was well acclaimed by critics.

Asin kept intact with her popularity in Telugu films by appearing in Pawan Kalyan's Annavaram, another successful venture in hwich she had a poorly-etched out role. In January 2007, Asin appeared opposite Ajith Kumar and Vijay in two different films, Aalwar and Pokkiri, with the latter becoming a super success, whilst Aalwar became a failure.

The two projects which released on the same day, had been billed up as rival films due to the rivalry of the lead actors in the films. Whilst Asin's role in Aalwar was criticized, her performance in Pokkiri was lauded by critics.

Her final project of the year was opposite in Hari's Vel, which had a Diwali 2007 release, subsequently becoming her third successful film which relesed during the Diwali season in three years. The film saw Asin and Surya put apart their creative differences and appear alongside each other after Ghajini. Asin, who portrayed a TV anchor, was appreciated for her role in the film.

Asin appeared in her first dual role in K. S. Ravikumar's magnum opus Dasavathaaram opposite Kamal Haasan, who portrayed ten roles. The film, which was under production since September 2006, became Asin's largest film til date.

Despite being overshadowed by Haasan's ten roles, Asin's portrayal's in the film were praised as her "best-to-date" with one of her roles being that of a Vaishnavite in the 12th century; whilst the other charcter was a Brahmin girl from Chidambaram. Dasavathaaram subsequently went on to become one of the biggest blockbusters in South Indian film history.