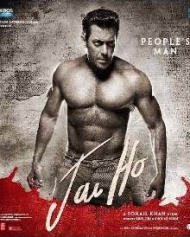 The movie is about the story of an ex-army officer who brings change in society by making people to help each other.
Jai Ho Users Response

Story in detail:
Jai (Salman Khan), an upright common man is fighting a solitary war against corruption and injustice.  Honest and incorruptible, he has made it his mission to help as many people as he can.

His mantra is quite simple – help somebody and then request that person to lend a helping hand to...