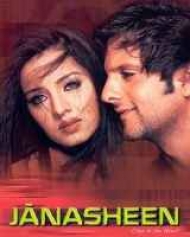 Jessica Periera (Jaitley), a childhood sweetheart of Lucky, has proof that Mr. Kapoor's death was an accident--but she keeps it to herself. When Karim Khan meets with Lucky to renegotiate, he finds that Lucky is willing to sell--but he also discovers that Lucky bears a striking resemblance to Karim Khan's own dead son. Although Karim Khan will do anything to make Lucky heir to his own wealth and properties, Lucky is not willing to do so.